Medieval people had a different concept of cleanliness and hygiene than modern society. They did not have access to the same technology and resources for personal hygiene, and the idea of bathing for the purpose of cleanliness was not as widespread as it is today. However, they still had an understanding of the importance of cleanliness and did bathe regularly. 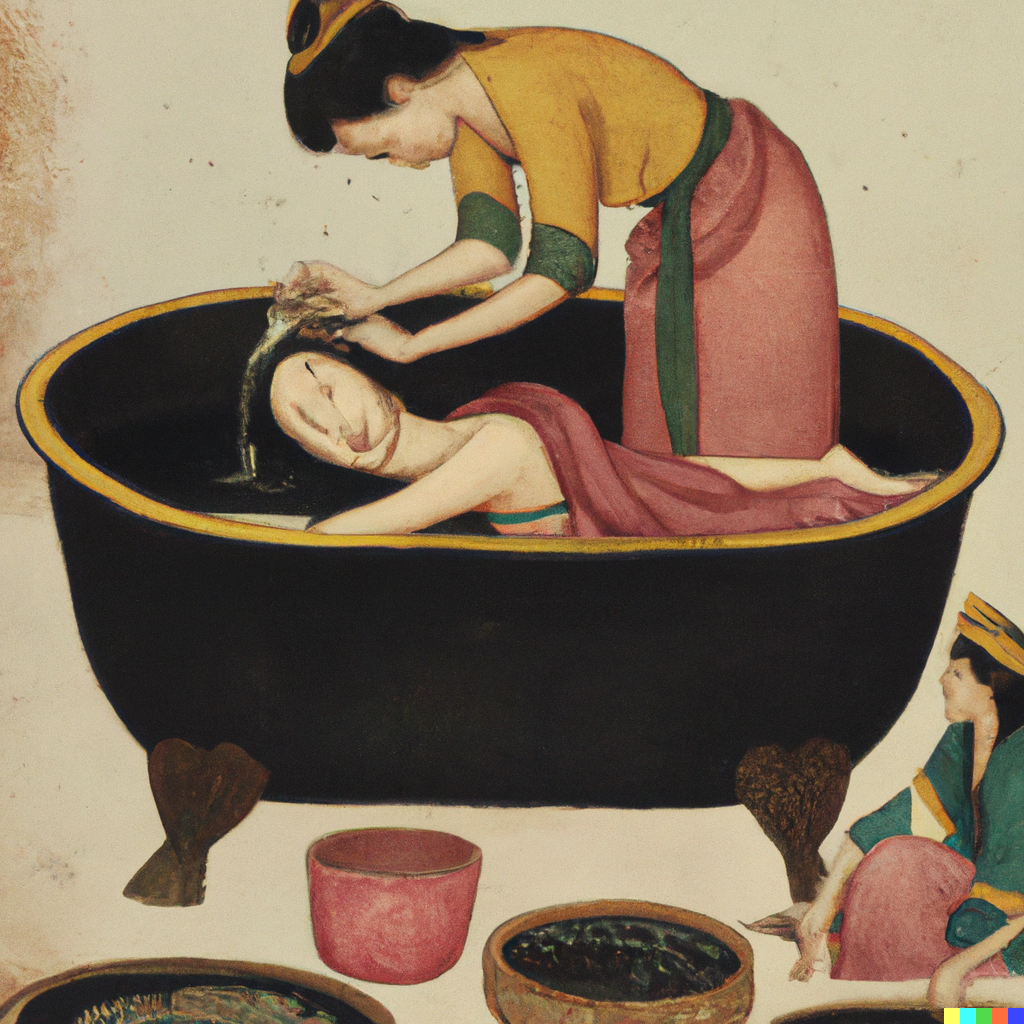 The wealthy and upper classes had access to indoor plumbing and heated water, and they would bathe in large wooden tubs. They would also have a personal maid or servant to assist them with washing and grooming. The lower classes and people living in rural areas would have bathed less frequently, but still bathed in rivers, streams, or communal bathhouses.

Additionally, people in the Middle Ages also took regular sponge baths and used perfumes, oils, and herbs to maintain personal hygiene. They also understood the importance of cleanliness for health and would have practiced some form of personal hygiene such as washing their hands and face regularly.

In summary, people in the Middle Ages did indeed bathe regularly, and the idea that they never bathed is a myth. They had a different concept of cleanliness and hygiene but still understood the importance of personal hygiene and would have practiced some form of personal hygiene.

Arm is gaining traction in server market
Statement by U.S. Conference of Mayors on SCOTUS Decision to End Women’s Right to Safe, Legal, Accessible Abortion
Pfizer and BioNTech Reach Agreement with COVAX for Advance Purchase of Vaccine to Help Combat COVID-19
How to engage your employees
“Inception” Review: A Masterpiece of Mind-Bending Sci-Fi
Women still made 11% less than men
Global recession scenario
Inflation has been a persistent issue for businesses across the globe
CEOs Lower Growth Expectations While Facing Uncertainty and Volatility as Their Greatest Challenges
What is happening in Japan’s bond market?
How employees rate their company’s culture
Pfizer and BioNTech to Provide U.S. Government with an Additional 200 Million Doses of COVID-19 Vaccine to Help Meet Continued Need for Vaccine Supply in the U.S.
GSMA Opens Doors To MWC Barcelona Celebrating New Era Of Connected Impact
CMR Surgical raises $600 million in Series D financing
Why Macron’s plan for pension reform is meeting bitter opposition

Renewables are the future
Chinese Taipei Baseball Association to Welcome Over 200 Delegates from 138 Countries for First Time Since COVID-19
How about we go get some food?
These are the top 10 most liveable cities in the world
Sanctions Bite: Russian Oligarchs Feel the Squeeze
Boeing to Highlight Sustainability, Technology and Partnerships at Singapore Airshow 2022
Tanjo AI Launches New Enterprise Brain
COVID-19 Update
MARTA Selects Woolpert for $5M Geospatial Survey Contract to Support Design, Construction
Digital.com Survey Shows Nearly 50 Percent of Consumers Are Unlikely to Buy from Companies with Opposing Political Views
Measuring the value of trust
How to overcome gambling addiction
In order to truly add value, management consultants must go beyond simply providing recommendations
How the cost of living crisis is affecting a millennial in New York City
New Research Shows the Forces Behind the Worsening “Deskless” Worker Shortage
We use cookies on our website to give you the most relevant experience by remembering your preferences and repeat visits. By clicking “Accept”, you consent to the use of ALL the cookies.
Do not sell my personal information.
Cookie SettingsAccept
Manage consent

This website uses cookies to improve your experience while you navigate through the website. Out of these, the cookies that are categorized as necessary are stored on your browser as they are essential for the working of basic functionalities of the website. We also use third-party cookies that help us analyze and understand how you use this website. These cookies will be stored in your browser only with your consent. You also have the option to opt-out of these cookies. But opting out of some of these cookies may affect your browsing experience.
Necessary Always Enabled
Necessary cookies are absolutely essential for the website to function properly. These cookies ensure basic functionalities and security features of the website, anonymously.
Functional
Functional cookies help to perform certain functionalities like sharing the content of the website on social media platforms, collect feedbacks, and other third-party features.
Performance
Performance cookies are used to understand and analyze the key performance indexes of the website which helps in delivering a better user experience for the visitors.
Analytics
Analytical cookies are used to understand how visitors interact with the website. These cookies help provide information on metrics the number of visitors, bounce rate, traffic source, etc.
Advertisement
Advertisement cookies are used to provide visitors with relevant ads and marketing campaigns. These cookies track visitors across websites and collect information to provide customized ads.
Others
Other uncategorized cookies are those that are being analyzed and have not been classified into a category as yet.
SAVE & ACCEPT